The company has enormous experience in operating oil fields with a wide range of oil gravity, i.e. 11 to 40.9 API in different reservoirs (limestone, sandstone etc.). At present, total oil production out of 11 fields is near 1155 bbl/d. After deducting the share of the joint venture companies, GYP’s net daily oil production is 800 bbl/d.

Crude oil produced from these fields are transported to GYP Zeynel (Adiyaman) Facilities where blending of various density crude oil and separation from formation water took place. Then, GYP transports the crude oil with its own oil tanker fleet and sells it to Tupras Refineries.

One of the most significant events in GYP’s history is the discovery of Arpatepe Oil Field located in Diyarbakir, Bismil area. On 21.04.2008 at the depth of 7945 ft (2422m) in Paleozoic sandstones, high quality oil (40.9 API) was discovered in Arpatepe-1 well. It was the first oil production from Bedinan Formation, and opened a new exploration front in SE Turkey.

In April 2014, drilling of Arpatepe-7 well was completed at the depth of 8,150 ft (2,484 m.) in Bedinan Formation. The well was put on production with artesian flow and daily production rate of the well was 299 bbls without water production. Arpatepe-8 well was drilled on the same location as Arpatepe-2 and deviated 360 m. towards southeast. The well penetrated Bedinan Formation 50 ft (15 m.) higher than that of Arpatepe-2 well and drilling was commpleted at the depth of 8,205 ft (2,500 m.)After pump installation, the well started to produce daily 58 bbls without water cut on December 3, 2014.

Currently the field produces total of 250 bbls/d net oil out of 7 wells. Up to date total production of the field is 760,000 bbls. 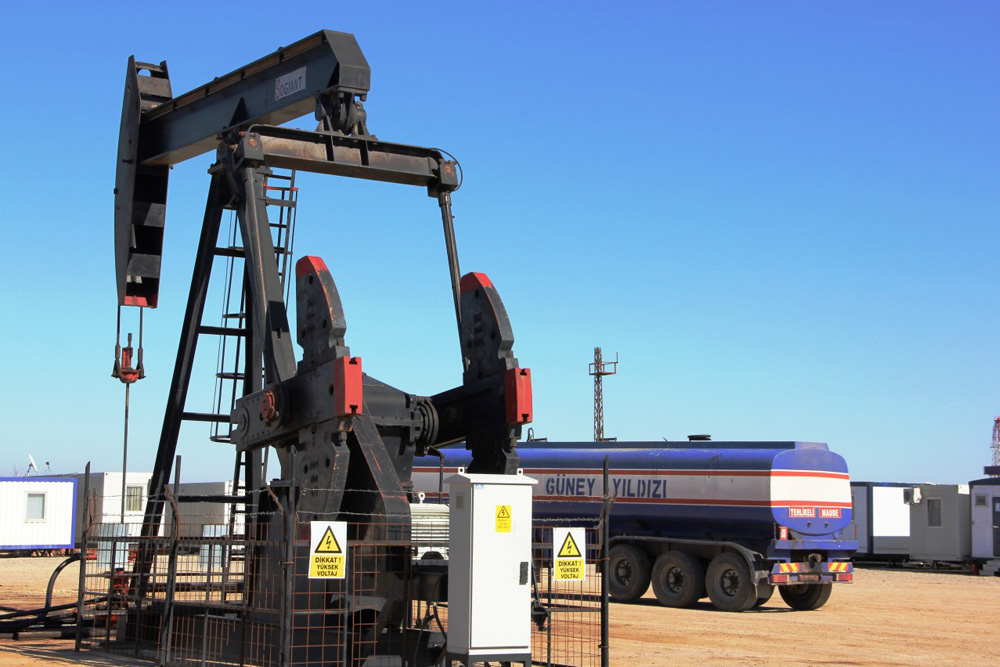 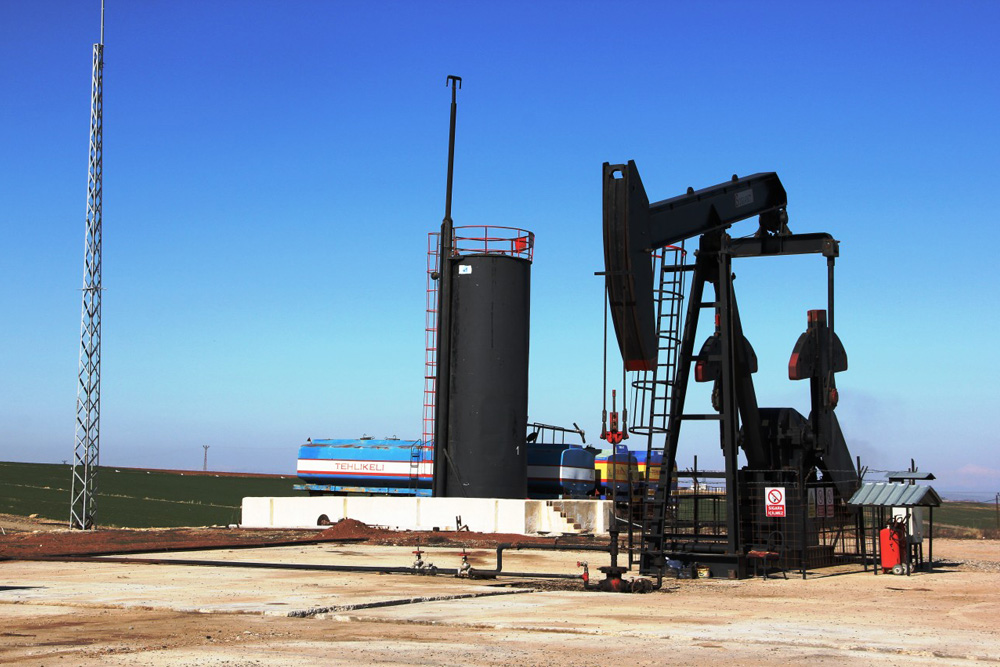 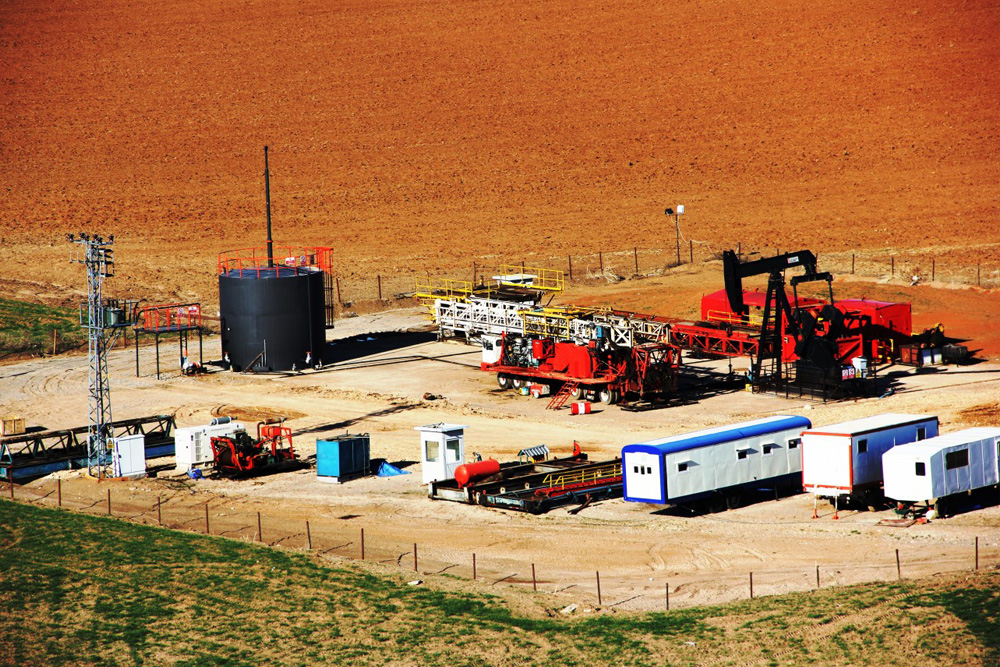 The field was originally discovered in 1961 by Mobil. It had produced 2.86 mmbbls of oil (38 API) from 3 wells until 1995 before it was sold to GYP. Since then, GYP drilled 16 more wells bringing the total production of the field to 3.65 mmbbls. A major breakthrough was Bulgurdag-12 which was drilled in March 2010, and continuously produced over 900 bbls/d of 38 API oil by natural lift until November 2010 from Karaisali and Aladag limestone. 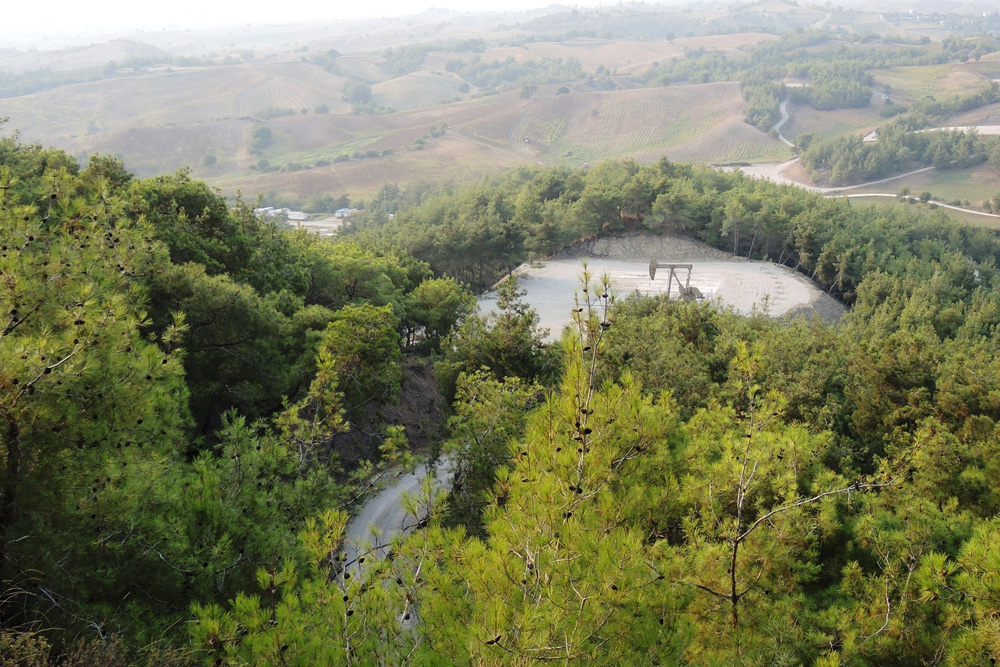 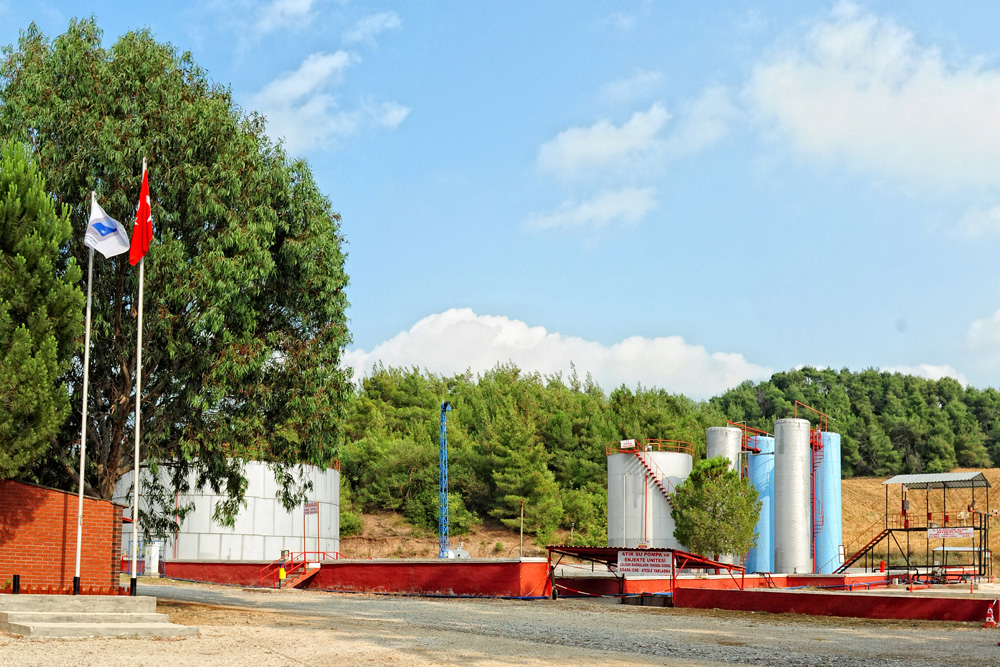 Zeynel-Nemrut-Hasancık Fields have been in production for 26 years and already 2,2 million barrels of 23 API gravity oil were produced. Average water cut ratio is 96% and, current daily net oil production from the Upper Cretaceous aged Mardin Group carbonates is 70 bbls.

Kahta Field is one of the oldest fields in Turkey. It was originally discovered in 1958. Production is obtained from Upper Cretaceous limestones at 3000 ft depth in and the field produces heavy oil whose gravity is around 11 API. Until now, the field produced 4.9 million barrels of oil and this amount is approximately 9% of the OOIP. It is foreseen that the recovery factor could increase by another 10% by means of horizontal wells and secondary oil recovery methods. In 2013, 23 km2 2D and 64 km2 3D seismic surveys were conducted over the field and fracture analyses were made. As a result of these studies, B.Kahta-5 well was drilled and put on production. Field Development Plan studies continue in the field.

Since inception 32 wells were drilled but most of them currently shut off due to the 98 % of water cut. Currently daily oil production is 8 bbls from 4 wells. 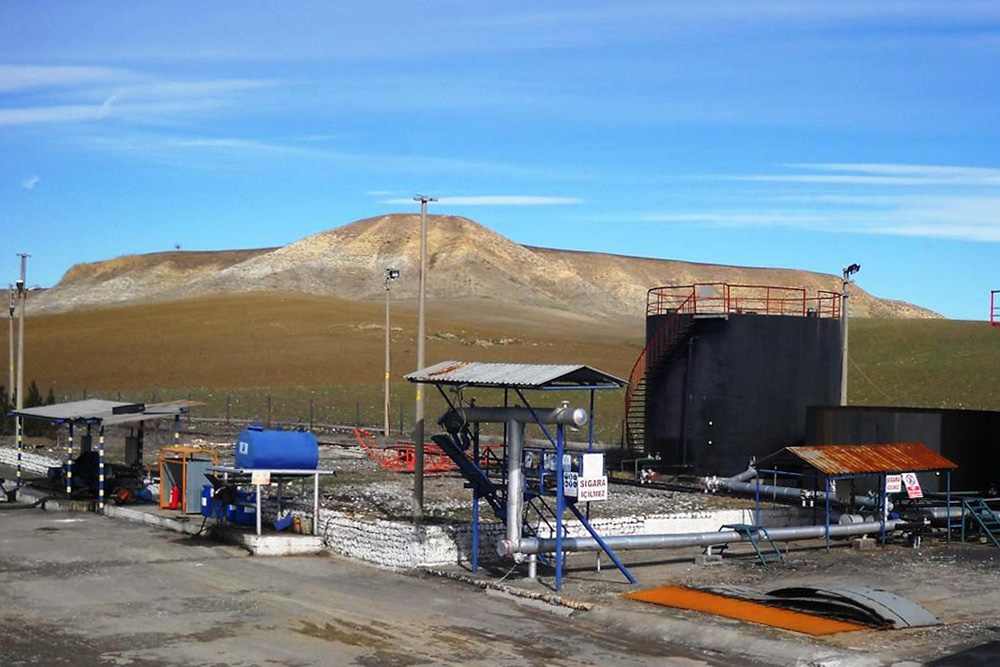 Caybasi-2 and Caybasi-3 well were drilled on February 15, 2015 and April 16, 2015 respectively. The wells were put on production with sucker rod pumps. 3 wells produce oil in Caybasi Field with daily 240 bbls rate (19 API) and since now the total oil production from these 3 wells is 60,600 bbls. 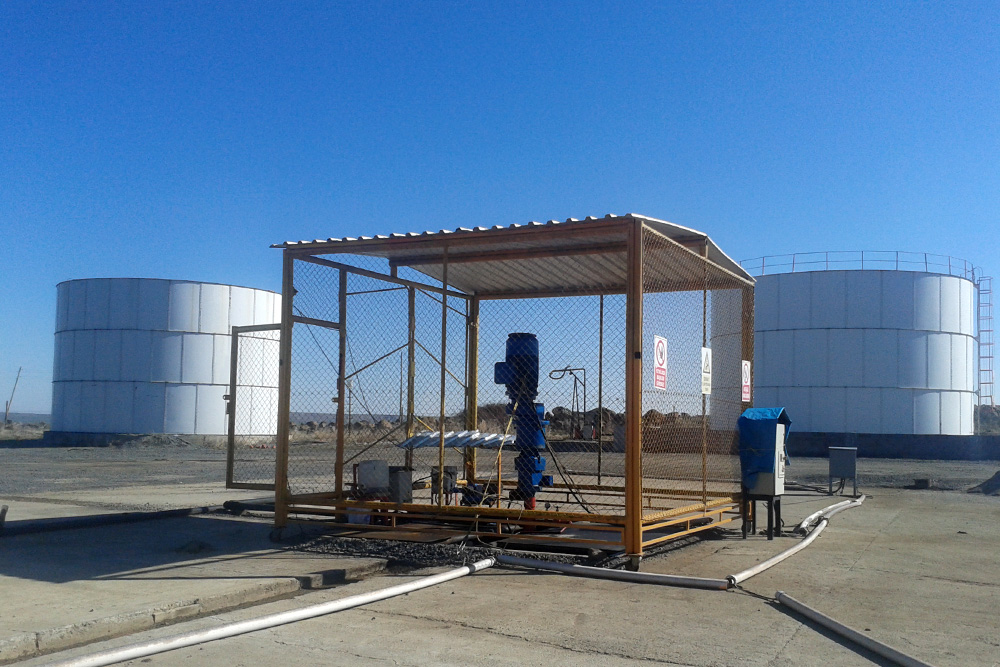 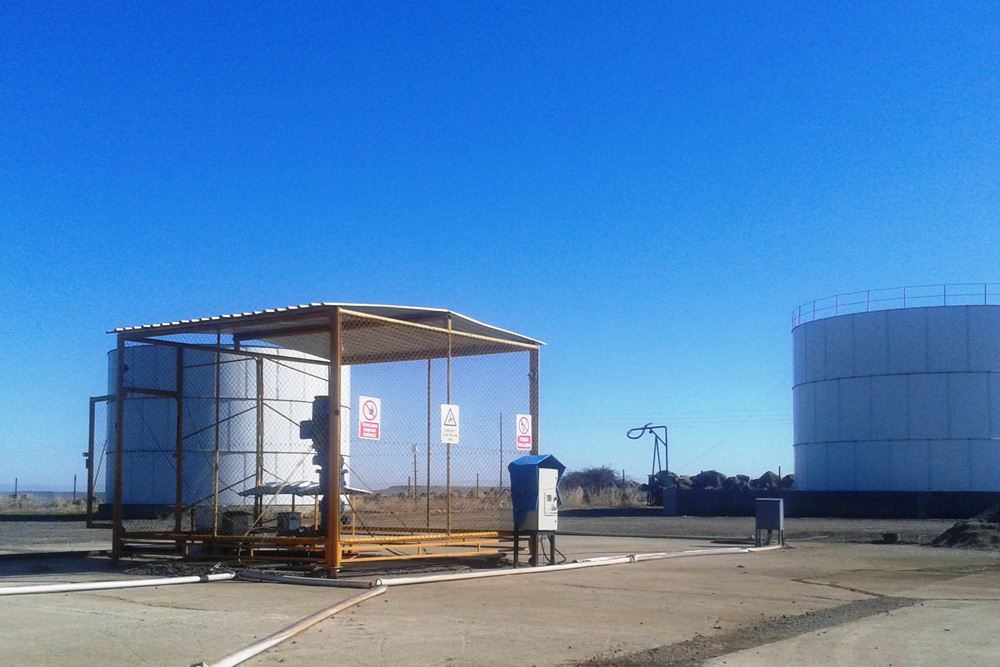 80 km’s of 2D seismic program was acquired over the field in 2012, and Petek-1 exploration well was decided to drill in order to test both U. Cretaceous Mardin Group carbonates and Ordovician Bedinan sandstones. Drilling of the well was completed at the depth of the 9,570 ft (2,916 m.) in Bedinan Formation on December 25, 2013. In January 2014, zones where oil and gas samples were encountered in Bedinan Formation sandstones, Dadas Formation carbonates and Mardin Group was tested by DST. Due to no oil flow from Bedinan and Dadas Formations, these perforated zones are sealed by plug cementing operations.

In the 7415-7480 ft depth zone, by Swab and HCl acid operations in Mardin Group limestones, Petek-1 well was put on production with natural flow on February 11, 2014. The daily oil production rate of well was 75 bbls with 35,9 API gravity. Sucker rod pump was installed into the well on December 6, 2014 after that production rate of well increased to 200 bbls without water cut. Petek-1 well still produces oil with the same rate and total production since now is 63,180 bbls.

Upon the discovery of 14 API oil in Mardin Group in Altinakar-1 well in March 2011, a total of 576 bbls oil were produced by the end of 2011. The well was deepened into Bedinan Formation in February 2012, and 42 API oil was produced at a net rate of 20 bbls/d. In September 2012, hydraulic fracturing was applied in open fractures of Bedinan Formation in Altınakar-1/R. Although initial production rate was increased to 60 bbls/d for a week, a quick decline occurred, and an original rate of 15 bbls/d was resumed afterwards. Currently, daily oil production rate is 12 bbls and the total production from the well is 14,080 bbls.

Drilling of Incebag-1 well was spudded on October 31, 2013 in AR/GYP/4244 exploration license in Kahta7Adiyaman region. The well was completed at the depth of 6,137 ft (1,870 m.) in Karabogaz Formation on February 5, 2014. While drilling, crude oil samples were encountered in U.Germav, Sayindere and Sayintepe Formations. During DST operation in Karabogaz Formation, freshwater was produced. On March 19, 2014, after the installation downhole pump, the well was put on production from Saytepe Formation. After produced total 84 bbls net oil, Sayindere Formation was perforated and HCl acid operation was made in this formation after that the well was put on production again on August 10, 2014 with 2-4 bbls/d with 15,79 API gravity without water cut. The well has produced interruptedly since discovery date due to limited reservoir conditions.  Current daily oil production rate is 1 bbls and total production since now is 300 bbls.

Dirsekli Field is a unique field located near Idil Town of Sırnak Province. The field produces both from Upper Cretaceous Mardin limestones as well as Eocene aged dolomites of Gercüş Formation. The latter is the first time ever production from Gercüs Formation in Turkey and likewise Arpatepe discovery from Ordovician sandstones by GYP and partners, it may open up a new exploration frontier in front of the Cudi Thrust Zone area.

Dirsekli-1 well is producing from Mardin Limestones after its discovery in July 2104 and produced total of 1,739 bbls of 21.6 API oil since. Current production is 6 bbls/d.

Dirsekli-2K well is in production from Gercus dolomites since March 2015, and already produced 5,900 bbl of 22 API oil. The initial production was 55 bbls/d and currently reduced to 30 bbls/d without water.